You are here: Home1 / News2 / animal cruelty3 / Heart-wrenching details released about dog who baked to death on balco...

New, heart-wrenching details have been released about the young dog who died after being left to suffer on a balcony during intense heat in Brick, New Jersey. Linda Longo told NJ.com what she heard on Sunday afternoon before the dying dog was found, “I look up and realize it’s coming from this dog on its back, legs in the air.”

An attempt to help the overheated dog

Longo’s boyfriend tried to help the dog who was in distress, so he climbed to the balcony where she was trapped – he could see that the dog had been left in a fabric crate as the temperature soared to nearly 100 degrees. The sound that was heard was the young dog’s breathing – described as “great, distressed huffs.” The man did not see any water left out for the dog and noticed that she had foam and saliva coming from her mouth. Neighbors helped get buckets of water up to the balcony and it was dumped on the dog – but the damage from the scorching heat was done.

Not only was the dog left in a crate in the sun, but the conditions on the second-floor balcony revealed a distressing living situation – Andrew Schramm, the man who climbed to the balcony to try and help, discovered a deck that “was just loaded with feces.”

Though the dog was transported to a veterinarian for emergency care, the heat had already taken its deadly toll. The veterinary staff noted that the dog’s temperature had climbed over 110 degrees.

The dog’s owner, identified as 29-year-old Jonathan Correa, is facing multiple charges for his dog’s death.

Three Rottweilers dead after being left in crate in hot SUV – read the story here. 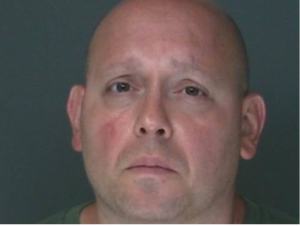