You are here: Home1 / News2 / animal cruelty3 / City shelter manager speaks out about laboring mother dog who was euth... 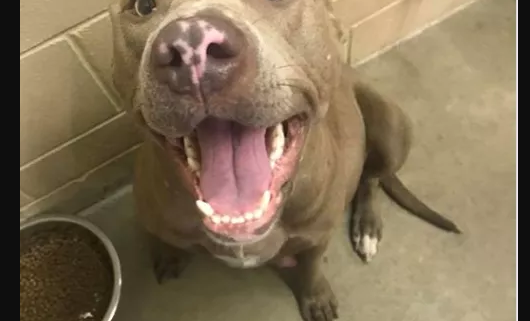 The city manager of the Amarillo Animal Management and Welfare agency in Texas has spoken out about the recent killing of pregnant dog who was in labor. According to City Manager Jared Miller, the dog, known as G7, was killed because she had displayed aggression towards humans and animals.

G7’s euthanasia sparked a great deal of outrage from the public. Not only was the dog killed while in labor, but her puppies were euthanized as well. As reported by ABC 6 News, a group of people gathered outside of city hall on Wednesday to protest the dog’s euthanasia. The city manager stands by the agency’s decision to put the laboring dog down – Miller stated:

“according to policy and accepted veterinary medicine practices of the American Veterinary Medical Association, examples of qualification for immediate euthanasia include aggression directed at humans and of animals.”

The end of the story?

Dacia Anderson, who originally made a public Facebook post about the incident, is quoted in People Pets:

“Jared Miller, city manager, stated some new information regarding the incident that occurred with G7 leading to her surrender to AAMW. However, this raised more questions as to how this situation was handled (and mistakes made by AAMW),” Anderson said. “People are now seeking public records such as police reports, 911 calls, etc. The timeline discussed needs a lot of gaps filled in. Why was G7, who was labeled as the “aggressor” not taken into custody when the first 911 call was made? Why was this information not released before? Was proper bite protocol taken and the specimens sent for rabies testing per state law?”

What are your thoughts?

Do you believe that the animal control agency followed the proper protocol for G7 and her puppies? Please feel free to voice your concerns or thoughts in the comment section below.

Original article about the euthanasia of G7 and her puppies here.