An animal advocacy group has filed a lawsuit in New York compelling the disclosure of public records regarding invasive experiments performed on cats and kittens. On Thursday, the suit filed on behalf of Citizens for Alternatives to Animal Research & Experimentation,(CAARE) seeks the release of records from the State University of New York College of Optometry (SUNY).

According to the Animal Legal Defense Fund (ALDF) press release, SUNY has refused to release records after having been served a request under the New York Freedom of Information Law. In the experiments, kittens and cats, between the ages of four to 12 months, are anesthetized and then dissected during procedures which could last between a few hours or days. The cats’ heads are mounted in frames and  their eyes are forced open with contact lenses. While still alive their skulls are removed while electrodes are inserted into their brains.

“The public has a legal right to know about the cruel and unnecessary experiments being performed on cats and kittens to SUNY College of Optometry,” stated ALDF Executive Director Stephen Wells.

The State University of New York College of Optometry has been experimenting on cats since 2002 using taxpayer money. In 1985, experiments were undertaken to understand the part of the feline brain controlling vision. After 30 years, “the research has not produced any useful information applicable to human vision disorders,” stated ALDF. The college continues to refuse to release the records, contending that releasing the information to CAARE would put researchers in danger and their research qualifies as a “trade secret.” Not revealing details requested violates the New York Freedom of Information Act regarding government transparency when public funds are used.

““SUNY College of Optometry’s tight-fisted secrecy over the details of these cruel cat experiments does nothing to reassure the public that cats are not made to suffer in horribly invasive and useless experiments,” says CAARE President Barbara Stagno.

CARRE states technological advances makes it possible to conduct many experiments without using animals and that the results are faster and more relevant to human medicine.  Tens of millions of animals are used in research in the United States for testing  chemical safety, disease research and drug developments.

“Reliance on animals continues, not because it is effective, but due to inertia, lack of training, vested financial interests and adherence to outdated traditions.”

Since 1979, the Animal Legal Defense Fund has led the charge to win animals the legal protection they so desperately need—and deserve. Your gift will assure that ALDF can continue to take on cases that advance the interests of animals. Click here to donate. 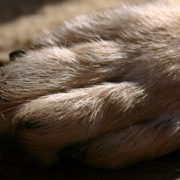 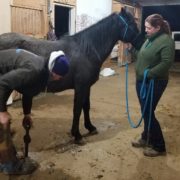 Horse found with tongue cut out euthanized
Scroll to top