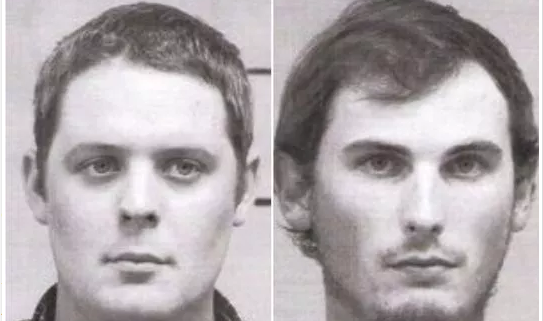 Two Arkansas dog killers, who video taped a dog’s death and then posted it on SnapChat, will not spend time in jail for their crime. According to the News Star, Boots Stanley and Steven Sadler pleaded guilty to animal cruelty and were sentenced to three years in prison, but the prison time was suspended.

Stanley and Sadler took a video of a dog being forced to ride on the back of a horse at the Bastrop Ship Pen. The men laughed as the dog struggled to stay on the horse – after the dog fell, Sadler repeatedly slashed the dog’s throat. The entire gruesome scene was videotaped by Stanley and it was shown on SnapChat.

The dog killers have been sentenced to three years of probation and are ordered to pay a $5,000 fine. If the men choose to make a $5,000 donation to the Morehouse Parish Humane Society, their community service requirement will be reduced to 240 hours. For the next 12 months, the man are prohibited from owning an animal.

Dog lovers had hoped to see the men significantly punished for the dog killing crime. Do you feel that District Judge Carl Sharp’s sentence was adequate? Does the sentence send a strong enough message about the importance of animal cruelty? Feel free to leave your comments below.

Prior article about the dog killing crime here.