You are here: Home1 / News2 / animal cruelty3 / Witness claims dog was being beaten with a board – heartbreaking...

A dog was taken under the wing of The Arrow Fund in Kentucky on Thursday. The female border collie, dubbed “Mira,” was allegedly the victim of horrific animal cruelty – a witness reported that Mira was being beaten with a board and contacted animal control.

The grievously wounded dog was taken to the Knox-Whitley Animal Shelter where she began having seizures. The Arrow Fund was contacted and Mira was sedated to ease her distress, and rushed to a BluePearl Veterinary Hospital in Louisville.

Tragically, there would be no happy resolution to this heartbreaking tale. On Friday, WLKY News reported that Mira died, despite veterinary intervention.

No word on possible charges against the individual who allegedly beat Mira with a board.

(Image via The Arrow Fund) 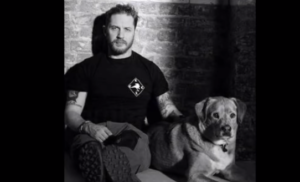 State officials kill mother bear after she ‘scratched’ a woman along...
Scroll to top