You are here: Home1 / News2 / animal cruelty3 / No justice for Journey – tragic outcome for neglected dog 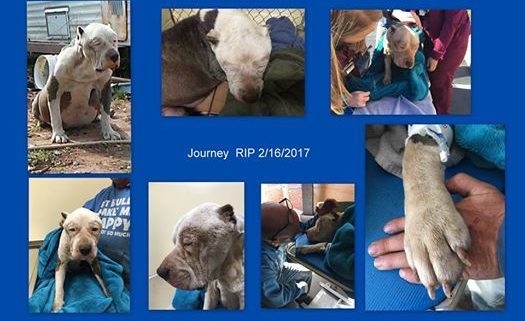 There is no justice for a horribly neglected dog named “Journey.” The ailing dog was rescued this week from a home in Easley, South Carolina,  and his condition was quite obviously, pitiful. 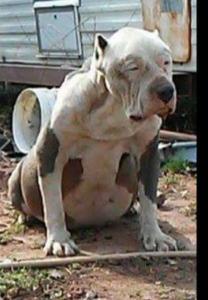 The full extent of Journey’s maladies was brought to light when he was taken to a veterinarian for an exam…it was revealed that Journey was suffering from ailments brought on by long-term neglect. The exam showed that Journey was stricken with severe heartworms, as well as the following conditions:

The veterinarian determined that the only thing which could be done to ease Journey’s suffering was to humanely end his life. On February 16, Journey was released from the pain which had defined his sorrowful existence.

Nobody, however, will be held accountable for the blatant neglect which made death Journey’s only option. According to Carmen Klapper, whose rescue took Journey under its wing, the Anderson County animal control officer visited Journey’s former owner and the only citation the man received was for not having rabies vaccinations on his dogs.

Klapper is outraged, heartbroken, and disgusted that Journey’s life (and years of suffering) apparently do not matter to the local officials. She has requested that emails be sent to Officer McQueen at DLMcqueen@andersonsheriff.com by animal lovers who are equally outraged over this situation.

Prior article about Journey here.