A grim discovery was made on Tuesday in Newcastle-under-Lyme. According to The Sentinel, the body of a bloodied puppy, whose neck was broken, was found discarded in a Tommee Tippee box which had been thrown into a bin on Wilton Street. 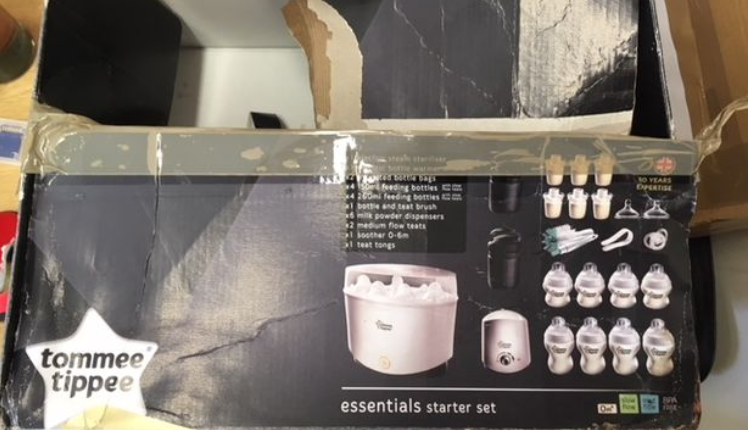 The discovery has prompted an animal cruelty investigation by the RSPCA, who believes that the four-month-old pup, a Staffordshire terrier, may have been attacked by another dog before being thrown away. RSPCA inspector John Groarke explained the injuries which were found on the puppy, who had been wrapped up in a black and pink fabric:

“The dead pup had a broken neck and leg, and puncture wounds around his neck. The injuries point to the pup having a violent end to his life, possibly after being attacked by another dog.”

Tips in this apparent case of animal cruelty are wanted. The RSPCA stated:

“We are keen to find out what happened to this poor dog and we are urging anyone who has any information to contact us in complete confidence on 0300 123 8018.”

Interested in following only heartwarming stories? Please follow the Positive Pet Rescue Report Facebook page
Continue reading: Men in viral shark dragging video are facing criminal charges
Recently in the news: Devastating news released about puppy whose tongue was cut out
Did you know that if you want to get updates from a Facebook page, you have to do more than just “like” it? To get recent postings in your Facebook feed, you must also hover your mouse over the word “following” and then click “see first” from the drop-down menu. You may want to check back with your favorite pages on occasion because Facebook often changes your settings, no longer having your favorites among those to “see first.”