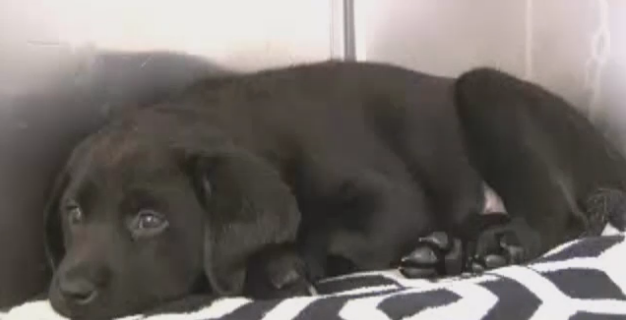 Over 100 puppies, who were bound for pet stores, were involved in a crash in on Interstate 86 in Avoca, New York, reported Wednesday’s Associated Press. A total of 104 puppies were inside of the box van which was being driven by a Missouri woman, who state troopers have indicated was speeding before the crash.

Amazingly, the puppies all survived the accident, though some were injured when the woman lost control of the vehicle, which flipped into a ditch, reported WAFB News. The puppies who were injured suffered a broken jaw and a broken leg – some were admitted for ongoing veterinary care. 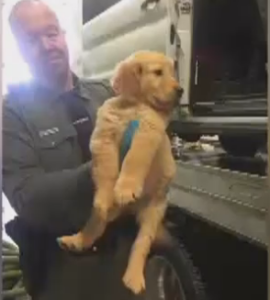 Dozens of puppies were taken to the Finger Lakes SPCA. The shelter updated Facebook followers about the situation on Wednesday:

We will be closed today (Jan. 25th) caring for a large number of puppies who were admitted yesterday after an accident on I-86. We expect the puppies will be returned to their out of state owner later today. Will post more details and pictures this afternoon.

There were a lot of questions and comments here in regard to our earlier post about the puppies. We appreciate everyone’s concerns, and will do our best to get our release up tomorrow. We appreciate your patience. The past few days have been overwhelming. We are prioritizing the care of all of our animals. Thanks for your patience.

Rat tied up with string and shamed for ‘stealing’ pieces of ric...