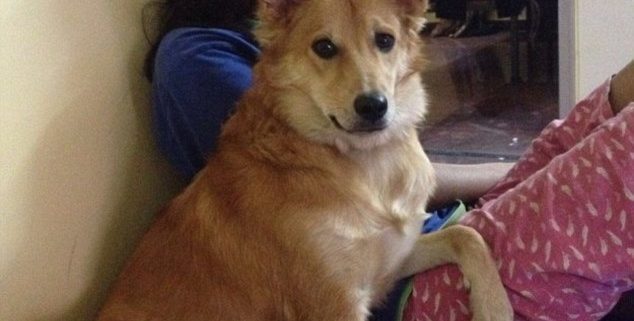 A woman in India rejected an arranged marriage proposal because the man who proposed to her didn’t want anything to do with her dog, reports India Today.

Karishma Walia who works in Gurgaon, recently got a marriage proposal from a man in New Delhi, however the “eligible bachelor” had no intentions of allowing his young bride to be distracted by her beloved dog, Lucy. In a conversation on WhatsApp and Twitter, the potential groom stated:

“I don’t want a dog to come in between my love life and not share the same bed… that’s for sure. And my mom doesn’t like dogs in general.” 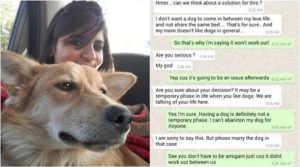 And then Karishma explained why the relationship wasn’t going to work insisting she had no intentions of “abandoning her dog for anyone.” When the man read Karishma’s responses, he still wasn’t ready to give up but growing impatient, he tried a more direct tactic:

“Are you serious? My god. Are you sure about your decision? It may be a temporary phase in life when you like dogs. We are talking of your life here. But please marry the dog in that case.”

According to Karishma, her mother regrets her daughter’s decision because the man was rich and good-looking insisting her daughter was wrong about expressing her concerns for her dog.

“For my dog, I am the only one. And that’s all that matters.”

Obviously Karishma has a mind of her own, and it was indeed disappointing that the guy couldn’t understand the importance of Lucy in this young woman’s life. Good for you Karishma!

Owner risks life to save dog from rushing creek