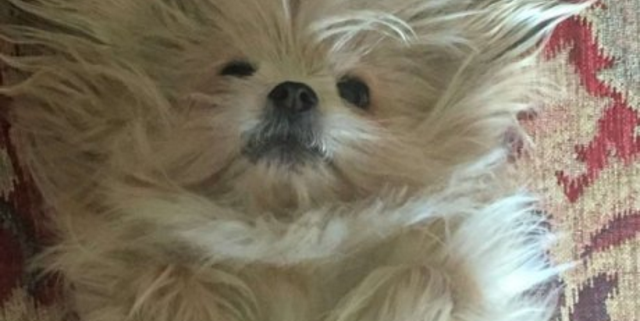 A dog owner in Australia nearly lost his life while trying to save the life his beloved four-legged friend. According to Tuesday’s ABC Australia, a man known only as Peter from Melbourne, had been walking along a rain-swollen creek when one of his two dogs jumped in.

The water in Moonee Ponds Creek was rushing due to recent rains and the small dog, named “Mia,” was quickly swept away. Peter could see that Mia was in trouble and he decided that her only chance of survival was him – he told the news agency, “She was trying to get out but she couldn’t. I realised she was going to die, so I tried to get her.”

Like Mia, Peter was quickly swept away in the rushing water as well – a ways down river, a passerby saw him struggling in the water and called for help. Rescuers with the Metropolitan Fire Brigade (MFB) arrived to the scene and were able to toss Peter a rope and pull him, and his dog, ashore.

Peter and Mia were cold and exhausted after the frightening ordeal, and Peter knows that he nearly died, but did not hesitate to state that he would “definitely” do it again if one of his dog’s lives were on the line.

Dog who faced eviction from his home over town law banning pit bulls can st...