You are here: Home1 / News2 / Dogs3 / dog news4 / Emaciated, gentle soul cowered behind a trash can in an attempt to hid...
Spread the love
Tweet

A malnourished young dog, truly just a pup at only nine months of age, was recently “dumped” with a rescue agency in California. On Tuesday, the Westside German Shepherd Rescue organization introduced the emaciated puppy to its Facebook followers:

Dumped with us by his former owner, this appallingly emaciated, gentle soul cowered behind a trash can in an attempt to hide. After slowly coaxing him out, trainer Brandie Barker said: “I don’t think this dog was ever beaten, I think he was SEVERELY neglected. I don’t think these people even took the time to go hit him, I think he was been left in a yard with zero interaction from the day he was born.”

The puppy appears to have lived a life of utter neglect – the rescue organization has stated that he is “skin and bones,” his coat matted and his body covered in ticks. Nobody had ever given this puppy a name, but today, he is known as “Gio.” 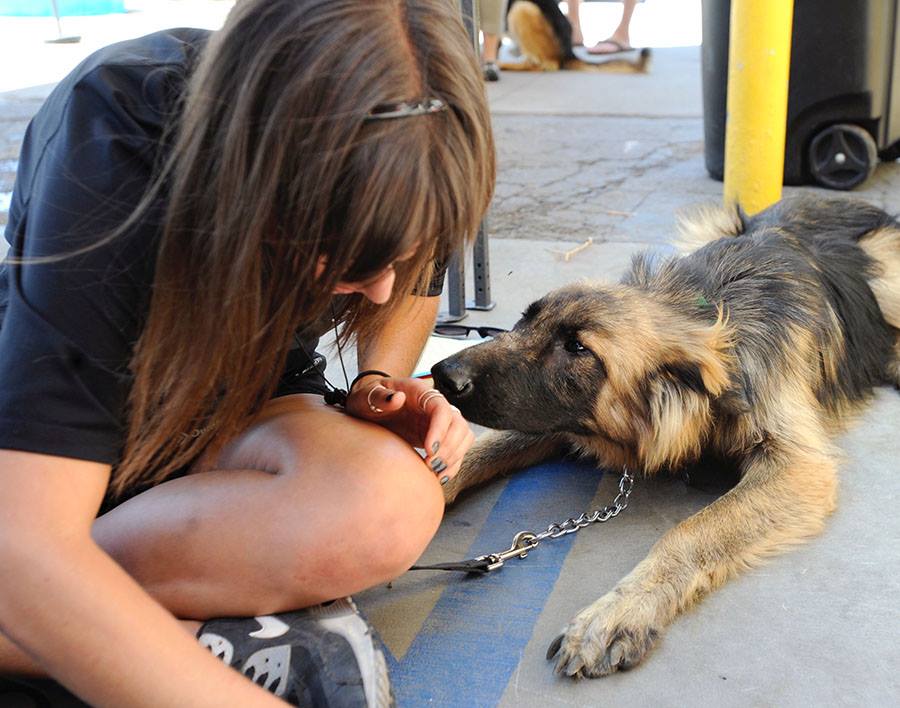 Gio’s former owners have stated that he was a leftover from a litter – a runt who nobody wanted. Today, he is finally being cared for and doted upon – though his sad past has left his scared and unsure. In order to help Gio gain much needed confidence, his rescuers are hoping to raise funds to send him to doggy camp.

Donations to help Gio can be mailed to:

Couple abandons dog and puppies after being evicted from apartment