You are here: Home1 / News2 / Dogs3 / Death row dogs4 / Beautiful dog ordered to be killed just because of his breed
Spread the love
Tweet

Francis was found wandering in a park in the London area on July 18. His owner never showed up, the pup had no microchip and therefore was doomed to  die – no matter how adorable, how friendly or how much everyone’s heart broke knowing what was about to happen. 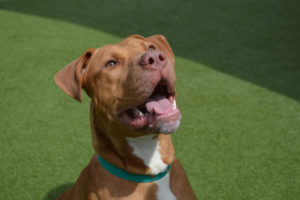 His fate was sealed after he was visually examined by the Metropolitan Police Status Dogs Unit and determined to be a Pit bull. The staff at Battersea Dogs Home fell in love with Francis, but the law doesn’t allow a banned-breed dog to be cared for by a registered charity. Otherwise Francis would have been seized by the police, and the charity could be prosecuted for breaking the law.

There are four banned breeds in the United Kingdom, which include Pitbulls, Japanese Tosas, Fila Brazilieros and Dogo Argentinos.

“Until the law is changed, so that a dog is not judged by its breed but by what it has actually done, dogs like Francis and many more in the future will have to be put to sleep,” the organization posted on their Facebook to their followers.

On Monday, the charity highlighted the failure of the Dangerous Dog Act 1991 passed 25-years-ago after reports involving attacks by dogs on children. Originally the penalty included the mandatory killing of the dog, but in 1997, an Index of Exempted Dogs was established, as posing no danger to the public, with approximately 3,000 live dogs allowed to live in peace and safety.

And on Monday, a petition garnered more than 15,000 signatures in just two days addressed to Andrea Leadsom MP and the government begging to spare the life of Francis; although it stated the obvious the words fell onto deaf ears:

“Who has the right to take his life, all because of the way he looks? The Dangerous Dogs Act 1991 needs serious review to make sure it is not killing dogs due to being a certain breed. This does not make them a dangerous dog. I want to see the reprieve of Francis and to be able to help other dogs in this horrendous situation,” wrote dog lover Kerrie Keen on the petition she prepared.

Tragically, in a statement the shelter posted on Thursday, they had no choice but to humanely end the life of sweet Francis.

“We received many inquiries from supporters and dog lovers about Francis, and we thank each and every one of them for their interest, advice and ideas. For the past 48 hours we have scrutinized every legal avenue, checked every piece of legislation, searched for new case law and have read everything that has been sent to us from people who have offered us their views. We have spoken in detail with the Police regarding Francis and also to the local Council where he was found.  The unequivocal outcome is there is no legal way to save Francis, as there is no legal loophole for the re-homing of a stray banned breed. 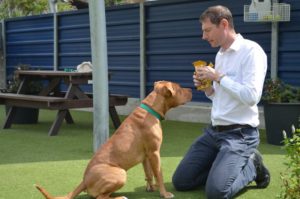 The clear facts are that Battersea cannot re-home him and we cannot keep him, as we cannot legally assume or take ownership. And who would take the hundreds of banned breeds that will follow him? Sadly therefore we have had to put Francis to sleep, as by law there was nothing more we were able to do.”

Please contact your MP to put pressure on the Government to change the Dangerous Dogs Act. Rest in peace Francis. We are so sorry that humans failed you. Sadly 91 other dogs were euthanized after identified by the police as a banned breed.  For more information on the Dangerous Dogs Act 1991, read here.