When a three-month-old German shepherd puppy fell off a 200-foot rocky ravine in Pauma Valley, California, his panicky cries for help could be heard from the top of the ravine, reports the CountyNewsCenter for San Diego County. 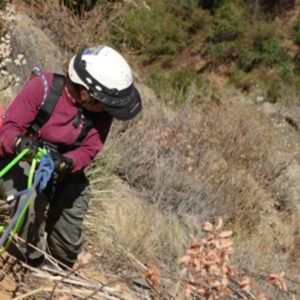 The puppy had been holding on for dear life to a large bush which had broken her fall, and authorities knew  it would be a tricky rescue. And so Animal Control Officer Denise Gove, who is a member of the San Diego County Animal Response Team, and knows about rappelling, was called out to help. The group of trained volunteers and animal control officers were eager to respond. Lt. Loren Bunnell, who originally took the call from dispatch, had not realized the enormity of the task.

“I called Denise and explained the situation. She expressed that she has been trained in rappelling and was eager to respond,” stated Lt. Loren Bunnell. “I really didn’t realize the enormity of the situation until I saw the photos afterwards. [The puppy] clung onto that bush until Officer Gove dropped from the sky to rescue.” 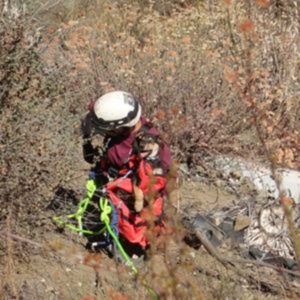 The 10-week old pup is a stray and is being cared for at the County’s animal care facility in Carlsbad. She will be available for adoption July 15.  Anyone interested in adopting the “ravine” puppy, please refer to ID# 1728061. What a story this little one has to tell. 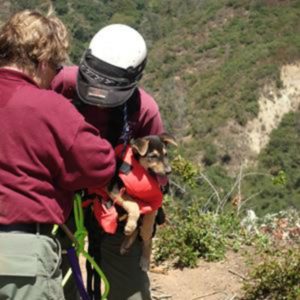 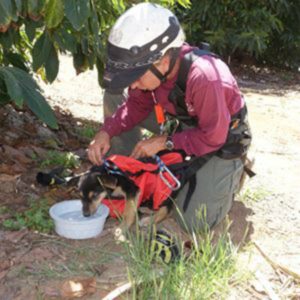