You are here: Home1 / News2 / Dogs3 / dog abuse4 / 7 puppies found sealed in trash bag on side of road
Spread the love
Tweet 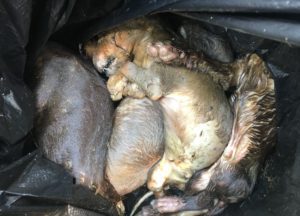 Initially, the Good Samaritans thought the wind had been moving the bag, but when they stopped, they made the grisly discovery. Southern Cross Animal Rescue rushed the remaining three puppies to an emergency veterinarian where another one of the puppies died while there, stated WdamNews. The two surviving puppies have been moved to a foster home, but will need to undergo weeks of care and treatment. Veterinarians stated the puppies had been confined for a long period of time and deprived of both food and water. 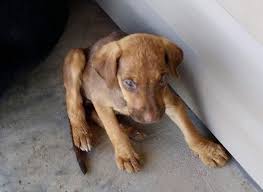 “We’re hoping someone might recognize these puppies They might know the area. They might know someone capable. Any information you have, the only way we can fight for these animals is to fight the people doing these evils to them,” stated Southern Cross Animal Rescue Manager Heather Williams. 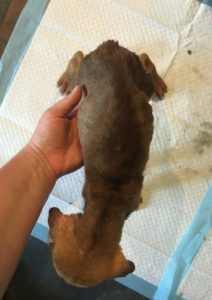 Anyone with information is asked to contact the Jones County Sheriff’s Office. Be the voice for those who cannot speak.

5-week-old puppy with chemical burns found ‘walking down the street&#...
Scroll to top