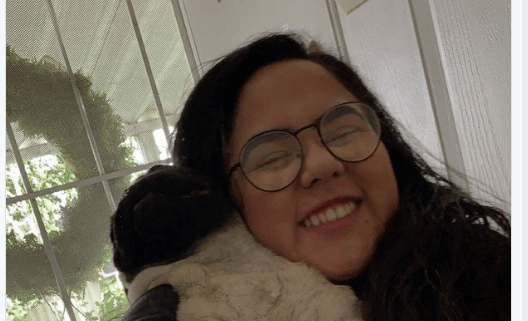 A young dog, stolen from a family’s yard in Rubidoux, California, has been reunited with his owner. The 10-month-old pug, named Andrew, was stolen on Monday afternoon from Melissa Cortez’s fenced yard – surveillance video revealed that a man driving a Spectrum cable company van was the apparent thief.

The video, uploaded to Cortez’s Twitter account, shows a man exiting the Spectrum van, walking to the yard, and then rushing back to the parked vehicle with a small dog in his arms. According to ABC 7 News, Andrew was later returned to Cortez by the head of security for the cable company. The man who allegedly stole the pug has been placed on leave from his job.

According to the Press Enterprise, the theft was reported to the Riverside County Sheriff’s Department – as of Tuesday afternoon, no arrests had been made.

Andrew’s owner credits social media for the return of her pup – she told the news agency, “I don’t know if I would have gotten my baby back if it wasn’t for social media and people who spread the word.” Andrew’s elated owner shared the good news about the pup’s return via Twitter:

A HUUUGE THANK YOU TO EVERYONE WHO RETWEETED 😭😭♥️♥️ my baby is back home!! I appreciate you all.

Though the ABC 7 News agency reports that the employee in question was placed on leave, the Press Enterprise article states that a company representative has confirmed that the man was fired.