The Florida teacher who faced harsh public criticism for drowning raccoons during a science class at Marion County’s Forest Hill High School has offered an explanation for what he did. According to CBS News, Dewie Brewton, who has since retired from teaching, told investigators that he suspected the raccoons were killing chickens which had been raised by his class and knew that he could not shoot them.

Brewton trapped the raccoons, but he knew that guns were forbidden on school grounds and he didn’t want to bludgeon them because it would be too “brutal and messy.” It was Brewton’s opinion that drowning the so-called “nuisance animals” was the most humane manner to dispose of them.

Initially, there was speculation that Brewton would face charges for drowning the animals. However, the state attorney’s office reviewed the case and decided that criminal charges were not warranted because Brewton did not “torment” the animals and the killing was determined not to be cruel. 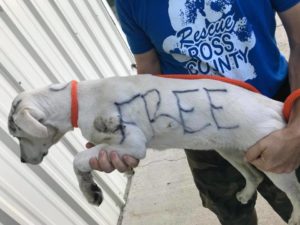 Woman charged with abandoning dog and writing ‘free’ with magic...