You are here: Home1 / News2 / Dogs3 / Ohio man died trying to save his dog from drowning in a river 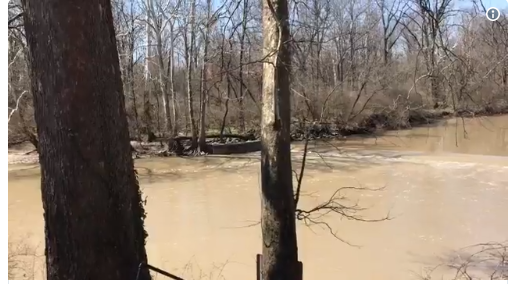 A 67-year-old Ohio man died while trying to save his dog from drowning in a river. According to ABC 6 News, the tragic situation unfolded on Thursday morning after Joseph Crites’s dog ran into the Olentangy River.

Crites entered the water to save his Labrador retriever from drowning, but the current wound up claiming his life instead. Witnesses saw the man jump into the water around 11 a.m., and then begin to struggle – though they called 911 for help, it was too late. Rescuers arrived and pulled Crites from the water and he was rushed to Riverside Hospital, but he passed away; his dog managed to get out of the river safely.

The dog was taken in by animal control and then returned to Crites’ family.

Though it is instinctive to jump in to water to protect one’s dog from drowning, experts warn against it – as with this situation, the dogs often manage to get out of the water safely, while their would-be rescuer drowns.

Humane agency searches for whoever bagged up a live dog with a note that she was dead – read more here.

Reports of hunter with semiautomatic killing 10 wolves at Denali Park