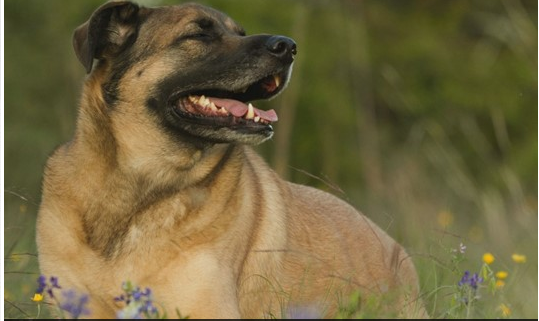 A Texas man is devastated after finding his beloved dog, Ed, dead not far from his home in Austin, Texas. According to KENS5 News, the eight-year-old German shepherd mix disappeared after going out through his dog door on December 29.

His owner, Will Russell, had been on an extended phone call when Ed went out – when the call ended, he realized that his dog had not come back inside. Russell immediately went outside to search the area – his quest to find Ed was not successful that night, so he went back out again early the next morning.

Just four to five houses away from home, Russell found the body of his faithful companion in a ditch – frozen, and dead from a gunshot wound. He told KENS 5, “It was a really, really sour hour here in the ditch by myself, just coming to terms with someone murdering my dog in a really malicious, evil kind of way. I can’t go on on how much I miss him. [My] heart’s broken.”

“To shoot someone’s pet like that — with a collar — that you’ve definitely seen walking around the neighborhood and see in my front yard every day when I’m working … [that’s] a sick person,”

Ed’s death has been reported to the Austin Police Department – anyone with information is asked to call the department at 512-974-2000.

Young ‘Cream’ faces death at NYC for ‘acting out’