Animal lovers are outraged after finding a disturbing social media post showing a young man, who appears to be a teen, hurling two leashed dogs through the air and onto the street. The Instagram video was on the account of  cammrawwazz – the account has been modified, and since deleted entirely, since the video was first shared publicly.

The video was showing on the Instagram account on Saturday night – after outraged social media users began leaving comments, the video was deleted. In the hours that followed, all posts were deleted and as of the writing of this article, the entire account has been removed. 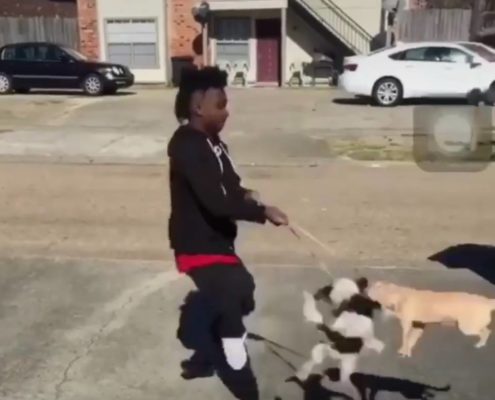 Angered animal lovers have reported the suspected abuse to Louisiana’s Plaquemine Police Department – according to social media posts by the department, the incident happened outside of their jurisdiction, but the appropriate authorities have been contacted and are investigating. 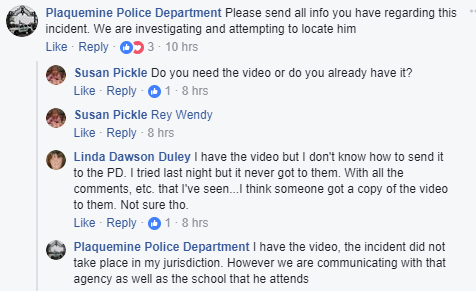 The current condition and fate of the two dogs in the video is unknown. In the video, both are able to get up and run (back to their alleged abuser) after being thrown through the air.

More information will be posted as it becomes available.