You are here: Home1 / News2 / animal cruelty3 / Dog fights to survive after woman caught dumping her on road 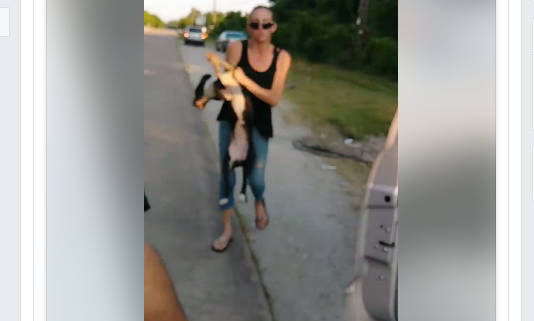 A dog is fighting to survive after someone took a video of a woman who was dumping her on a road. The dog, an eight-month-old mixed breed puppy, can be seen in a witness’ video, being carried by a woman, back to the bed of a truck after the alleged “dumping” incident.

The woman tosses the motionless puppy into the bed of the truck while the witness berates her for dumping the dog. The person who was carrying the dog mentions that the pup is dying of parvo – which incites both witnesses in the video even more. One of the witnesses can be heard yelling at the accused dog dumper about making other animals sick if she abandons the ailing puppy on the road.

All the while, the black and white pup has her eyes wide open and remains motionless in the bed of the truck. The witnesses tell the woman where the animal control agency is and the woman apparently leaves. According to the Texas based rescue group, Chip N Snip, the puppy was abandoned by the same woman again – this time, the puppy was picked up and taken to a veterinarian for help.

Current status of the young dog who was dumped

Now, the puppy dubbed Republic, is fighting to survive. According to Chip N Snip, Republic’s tests for Parvo are pending, and she is deathly ill. In a 7:30 a.m. update on Friday, information about her condition was relayed to Facebook fans who are following the situation:

Republic is very sick girl. The doctors called many times last night worried about her. She was very close to being septic. She began vomiting clear liquid and almost coded. She had to receive plasma last night and is on IV medications.
She is getting the very best care and is holding her own.
Thank you for the outpouring of support for Republic.

According to the rescue group, the police have been informed about this situation. Follow Republic’s fight to survive at this link to Chip N Snip on Facebook. 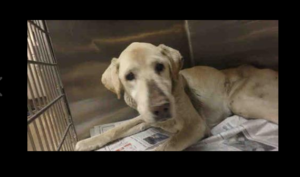 Foal trapped upside down between boulders rescued
Scroll to top