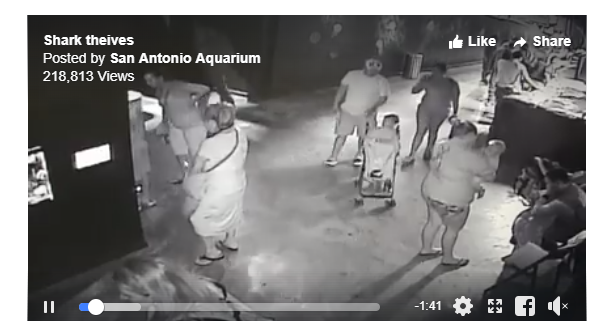 Brazen thieves stole a shark from a San Antonio, Texas, aquarium, right in front of visitors. According to the San Antonio Aquarium, three people appeared to be working together to carry out the crime, and they managed to get a shark named Helen out of the building in a stroller.

On Saturday, July 28th one of our employees reported seeing suspicious activity from three people around one of our interactive shark touch pools.

The 16-inch-long horn shark was stolen from our tide pool exhibit while the attendant was assisting other guests. The suspects staked out the pool for more than an hour to wait for this opportunity.

What happened in the aquarium?

Helen, a Horn Shark, was snagged from a pool and wrapped up in a blanket before being placed inside of a baby stroller. The aquarium counted what happened in a Facebook post:

The trio, with baby in arms, used the baby’s stroller and carried the baby while the shark rode in it.

The shark caper ended well – police were able to get a search warrant to the suspect’s residence and Helen was found inside of an aquarium at the home. Leon Valley Police Chief Joe Salvaggio is quoted on Fox News:

He very much knew what he was doing and kept that animal alive and was able to continue to see that animal thrive, which is pretty shocking to all of us.

Helen has been returned to her home at the San Antonio Aquarium and she appears to be doing well. The men involved in the shark case can expect to face charges for theft, and more…the woman in the video might face charges as well.

Video of the suspects stealing the shark

This is a video of the suspects. This is linking to the earlier post about the Horn Shark that was stolen from the San Antonio Aquarium. 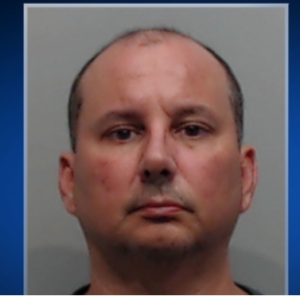 Dog died hours after getting shots at veterinary clinic – necrospy reveals the truth about the cause. 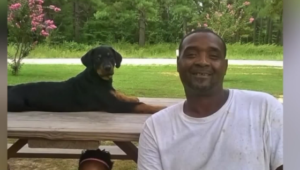 Addie: Just 3-years-old, abused to breed and then tossed away
Scroll to top