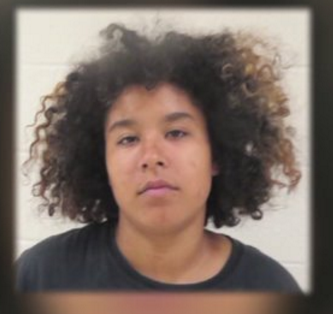 The judge imposed the maximum sentence under Goddard’s Law for Caraballo’s cruel act which claimed the life of her boyfriend’s eight-week-old puppy last October. According to Fox 8 News, Caraballo is being given credit for the 123 days that she already served.

The puppy, named “Smokey,” was slammed to the ground by Caraballo in the midst of an argument with her boyfriend; the puppy’s neck was broken. Defense attorney, David Kraus, had asked the judge for a probation sentence for Caraballo rather than time in prison. Kraus stated, “This woman reacted and unfortunately the animal got in the way.” He added, “I don’t think this was the deplorable…act that the legislature was thinking about when they passed this law.

After Caraballo has served her time in prison, she will be under community control for up to three years.

Terrified Pug in need of help in California – read the story here. 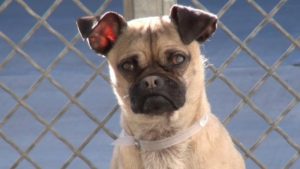