You are here: Home1 / News2 / Dogs3 / Animal lover’s final act may have been saving a senior dog 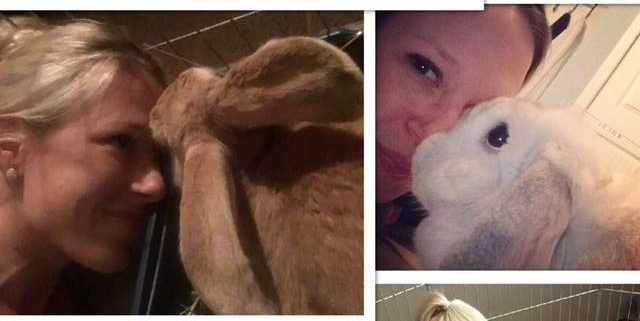 Update 3/7/17: Bartholomew County Coroner Clayton Nolting has confirmed that Watts died from an accidental drowning. Investigators believe that she was trying to save Ringo when she was swept into the river.

An animal lover, whose body was found on a sandbar in the Flat Rock River in Columbus, Indiana, on Saturday morning, may have spent her final moments trying to save a runaway senior dog. According to Monday’s Indy Star, witnesses have stated that 33-year-old Jacqueline (Kleine) Watts was observed chasing after a 10-year-old deaf and sight impaired poodle named “Ringo,” not long before she disappeared.

Watts had dropped her pets off with family members on Friday and she was supposed to meet up with her husband before heading out for a trip to Washington D.C., but she failed to show up and a missing person report was put out by concerned family members shortly thereafter.

Searchers discovered Watts’ car, still running with a door open, on Friday evening and her body was found not far away on Saturday – the authorities do not believe that the woman was a victim of foul play. Investigators have pieced together a timeline of Watts’ final moments and it appears that she was trying to capture Ringo shortly before she died.

According to the authorities’ findings, a witness saw a woman who looked like Watts chasing after a small dog in the area of 23rd and Washington. Another witness believes that Watts was also chasing after the same dog near Flat Rock River. Pieces of the puzzle are still missing, and an autopsy showing exactly how the woman died has not yet been completed, but it appears that Watts’ pursuit of the dog and her death are tied together.

The body of the dog in question was found on Sunday afternoon, on the river’s east bank, not far from where Watts was discovered.

The rescue community is mourning the loss of Watts, who was with Indy Rescue for five years. After word of Jackie’s death was released, the rescue group offered Facebook followers a glimpse into her compassionate nature:

Jackie was always taking home the really sick bunnies that she could nurture back to health, and if that wasn’t possible, she would many times keep them to their end. Even adopting a pair post mortem that she so dearly loved and nursed until they died. Just yesterday, Jackie was sitting on the floor of the Bunny Barn trying to help me give fluids to a long time bunny we believe to have cancer.

Prior article about this tragedy here.