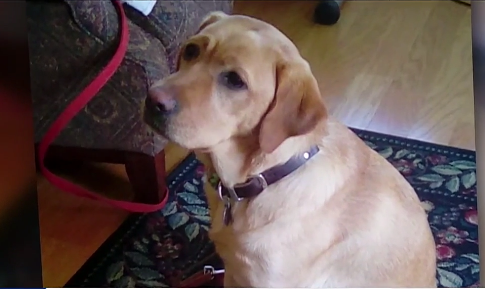 Tragic news has been released about a missing guide dog who disappeared in Almont, Michigan, earlier this month. The yellow Labrador retriever, named “Brinkley,” had been paired with her blind owner for just 10 days when something spooked her and she ran away.

On Monday, Leader Dogs for the Blind, the agency which trained the dog, released a statement that Brinkley’s body had been found, reported WXYZ News.

The statement, which does not indicate how or why Brinkley died, reads:

It is with a heavy heart that we report that the body of Leader Dog Brinkley has been recovered. We would like to thank everyone, especially the Lost Dog Search Team of Michigan, for their tireless efforts in searching for Brinkley. Through this trying time those close to Brinkley have been comforted by the outpouring of support from both the Leader Dog and local communities.

We ask that the privacy of the Leader Dog client be respected during this time.

Brinkley had resided with her owner, Jackie McKeon, for just 10 days when she spooked while outside and ran away. The dog had been on a lead outside, but unbeknownst to McKeon, the tether had been damaged by a lawnmower – when the dog got frightened, she pulled out of the damaged lead and disappeared.

Please subscribe (with your email address) to receive all the latest animal-related news.

Owner bred Golden retriever and then decided he didn’t want the troub...
Scroll to top