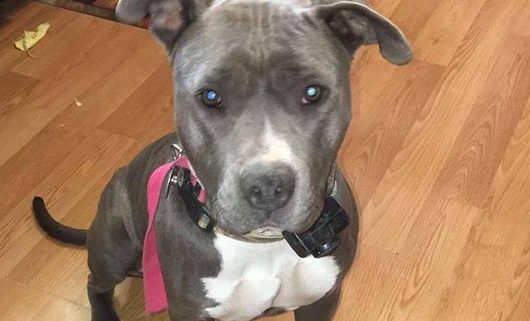 A reward is being offered in response to a terrible act of animal cruelty which claimed the life of a dog in Kansas. According to the Wichita Animal Action League (WAAL), last week, a pit bull named “Blue,” was found fatally shot and someone had bound her legs and dragged her.

Blue went missing from her home last Thursday and was found dead 3 days later in a field near 95th S and Hillside having been tied by her feet, dragged, and shot. A police report has been made.

This week, the agency announced the offering of a $5,000 reward for information leading to the arrest and conviction of the person (or persons) responsible for the torture and death of Blue.

The agency is pleading for information to help the authorities solve this case of cruelty. WAAL wrote:

If you know anything about who might have done this to a defenseless animal, it’s imperative that you call 911 so they can be brought to justice; they are a danger to society as a whole. If you’re not comfortable calling 911, you can private message the Wichita Animal Action League or contact us anonymously on our webpage at WAALrescue.org/contact.

Weary of the abuse and cruelty? Find an animal charity to support.