You are here: Home1 / News2 / Dogs3 / Rescue takes in morbidly obese dog who was abandoned by owners

A morbidly obese dog, abandoned by his owners who apparently left him in a yard when they moved away, has been rescued. The cattle dog, dubbed Arbuckle, was being held at the Tulare animal shelter before being rescued by the Los Angeles based non-profit, A Purposeful Rescue.’ 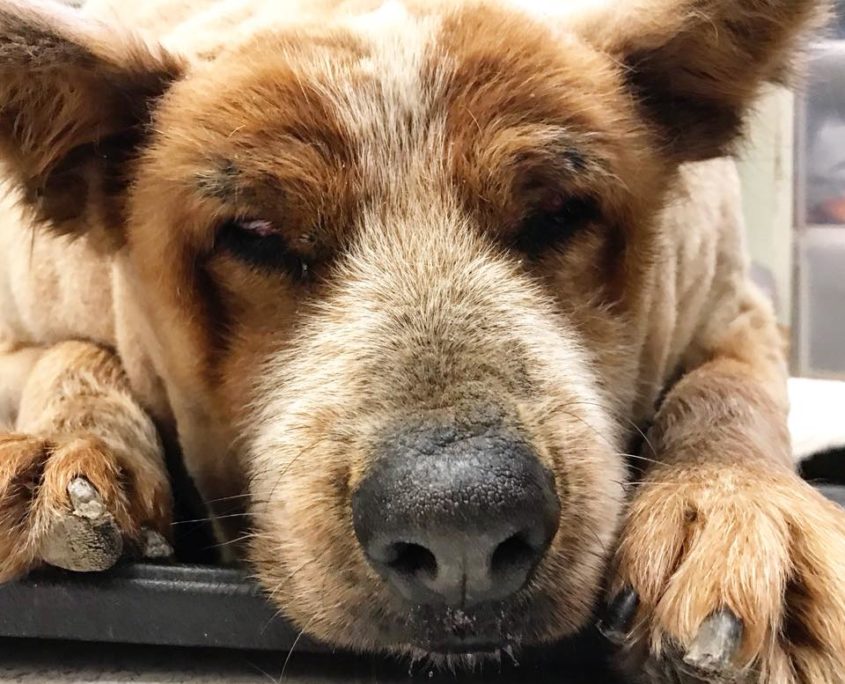 On November 16, the rescue group thanked the animal shelter staff for bringing the obese dog’s plight to their attention:

The Tulare Shelter was kind enough to shave him (keep scrolling for “before” photos) and they put a desperate plea out for help to the rescue community. The moment we saw him we knew we had to put a plan together to get this big boy the hell out of dodge!

Arbuckle was freed from the shelter and taken to a veterinarian where blood work revealed that he is suffering from hypothyroid – which is promising, because there is medication to help him lose weight. It appears that Arbuckle has suffered with this condition for a long time – the rescue group wrote:

Sadly, it appears he’s had a thyroid problem for years without treatment which is a bummer but we are doing everything in our power to make him comfortable. Sweet dreams

Arbuckle has a long road to weight-loss recovery ahead of him. He weighs 130 pounds – a shockingly high number which have led to a slew of health issues. Better days are ahead Arbuckle.

Recently in the news: Authorities search for a dog killer who hurled a dog from a moving car