You are here: Home1 / News2 / animal cruelty3 / Search for a killer: Someone hurled dog from a moving car 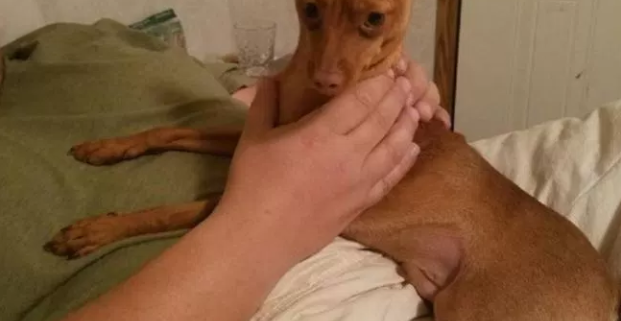 The authorities are hoping to find a dog killer – according to KRQE News, a dog was hurled from a moving car in Santa Fe, New Mexico, on Thursday night. The dog, a miniature pinscher mix named Miklo, was picked up by someone after he managed to slip out of his collar while walking with his owners.

Miklo’s owners tried to find the missing dog, but when they failed to do so, they reported him missing to the Santa Fe Animal Shelter. It was later discovered that someone witnessed the dog being thrown out of the rear driver’s side window of a pearl-white Nissan which was traveling west bound on Airport Road.

According to the police, the three-year-old dog suffered severe injuries including a broken back, crushed pelvis and fluid in his lungs. He died shortly after a good Samaritan stopped to pick him up.

The Santa Fe Police have reached out to the public for help in this case of animal cruelty – in a Facebook post, the Department stated:

We are asking for any help from anyone who may have also witnessed Miklo being thrown from the car as we continue to investigate this matter. The public’s help will be greatly appreciated and hopefully bring closure to Miklos family. Anyone with information in reference to this horrific case is encouraged to call Santa Fe Police Department Animal Service Officer Phelan at (505) 955-2707 or Santa Fe Crime Stoppers (Anonymously if wished) at (505) 955-5050.

A reward for information leading to the arrest of the suspect is being developed and further information will be released as it is received.