A man was arrested in Dalton, Georgia, after a pit bull was discovered hanging from a fence on Sunday. According to News Channel 9, 27-year-old Corey Yarbrough is facing a charge of animal cruelty for the incident.

Yarbrough’s alleged act of cruelty was discovered when a witness saw him walk with a pit bull near Dalton High’s Harmon Field, but return without the dog a short time later. The witness found the dog hanging by its leash from a fence when she went near Harmon Field to investigate.

The woman managed to get the dog off of the fence and called 9-1-1, Yarbrough was later arrested. The dog who was hanged from the fence was not injured and was taken to Whitfield County Animal Control.

Wednesday in the news: Read about the skeletal horse just fighting for his life after having been abused. 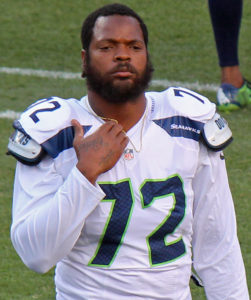 Reward of $6,200 for information on emaciated dogs found in Darby
Scroll to top