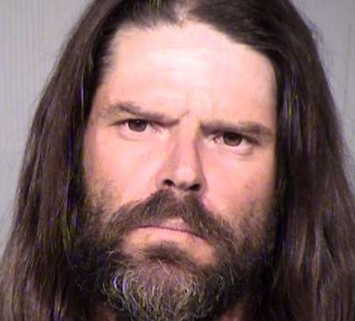 An Arizona man is accused of taking his anger out on an innocent dog by throwing the canine into oncoming traffic in Phoenix. According to AZ Family, 41-year-old Bryan Thompson had been fighting with his girlfriend when he decided to pick up a dog and throw it into oncoming traffic near 7th Avenue and Broadway Road.

The black and white dog died after being struck by a truck which was traveling at 40 m.p.h. According to ABC 15 News, the driver of the vehicle stopped to check on the dog and discovered that the impact was fatal.

Thompson admitted his crime to the responding authorities – he apologized for his actions and was arrested. Thompson is facing multiple charges, including animal cruelty, endangerment, and criminal damage.

New this week: Drunk man accused of blowing off dog’s paw with a firecracker