You are here: Home1 / News2 / animal cruelty3 / Florida man blew off dog’s paw with a firecracker 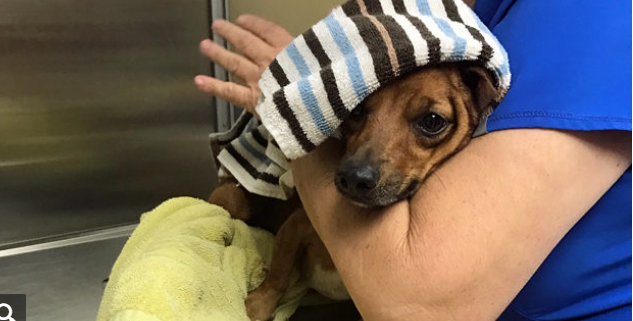 A Florida man is accused of throwing a firecracker at a neighbor’s dog – blowing the pup’s foot off. According to WFTV, the cruel situation happened on Tuesday in South Daytona, Florida, after a resident’s two dogs escaped from their yard.

The man accused of blowing off the dog’s paw is identified as 58-year-old Madison Carroll. Carroll claims that he was sitting on his porch, with his 14-year-old niece, when the dogs approached them. Carroll made the decision to retrieve an M80 (a large, powerful firecracker) after one of the dogs allegedly tried to bite the girl, who repeatedly tried to pet the dog, despite the dog allegedly “trying to bite.”

Carroll apparently laughed off the cruel situation, stating that he was “trying to get rid of the damn dogs.” Carroll was arrested for animal cruelty – the five-year-old dachshund mix who was injured by the firecracker has to undergo surgery to have his wounded leg removed.

According to the Daytona Beach News Journal, alcohol was smelled on Carroll’s breath and his speech was slurred. The South Daytona Police have indicated that they believe the incident was “terrible,” and the police chief stated that Carroll was charged with the maximum penalty.