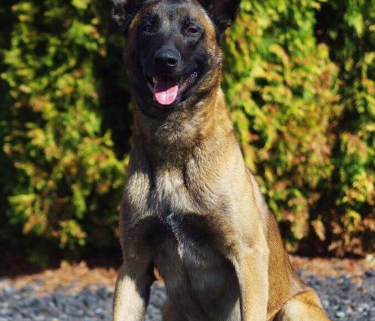 The Boise Police Department posted a tragic update on a police K9 who was shot last week while searching for a fugitive. The six-year-old Belgian Malinois, named “Jardo,” lost a lung after being shot in the chest on Friday – despite the severity of his wounds, his veterinary team believed that he would recover.

The shocking news of Jardo’s death was shared to followers of the Boise Police Department Facebook page on Thursday – the department wrote:

Boise Police lost a member of the Department last night. With heavy hearts would like to share just a few of the hundreds of cards and letters that have poured in for Jardo. Thank you for all of your support.

According to the department, Jardo had been recuperating at home when his family noticed that he was acting “strangely.” Jardo was rushed to a veterinary hospital but died from cardiac arrest. Boise Police Chief William Bones stated:

“Jardo served our community and though we were blessed with these few extra days to share with him, he ultimately gave his life in the protection of fellow officers.”