In Rock Hill, South Carolina, two men have been arrested for allegedly torturing three dogs with dozens of firecrackers. According to WsavNews, detectives discovered video recorded by one of the men as his companion threw fireworks at the chained and frightened dogs unable to escape.

The eight-minute long video shows Anderson “torturing” the dogs who were chained in a confined manner by throwing “dozens and dozens of firecrackers,” reports FoxNews.

A York Animal Control officer stated all of the dogs suffered injuries. Anderson admitted to owning the dogs, and said he was not trying to hurt them. Rock Hill Police Department Captin Mark Bollinger stated one puppy tried to get away and ran into his doghouse when Anderson threw the firecracker inside of the doghouse. The dogs have all been seized and are currently being treated at a veterinarian’s office. 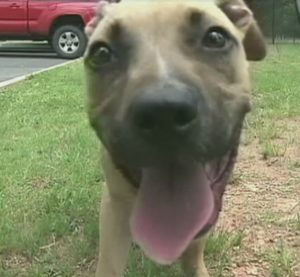 Despite the traumatic experiences the dogs endured, authorities stated they were all friendly and relatively calm.

Roseboro is expected to remain in custody.

11-year-old friendly dog dumped at shelter for no reason ‘I didn’t know the dog was there’ claims Georgia man who set...
Scroll to top