No dog should have to languish near death in a kill shelter, but true to their mission of saving the most medically neglected and suffering dogs, Rescue Dogs Rock NYC rushed in this week to help three medically urgent dogs from the San Antonio Animal Care Services in Texas. 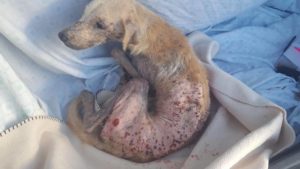 One-year-old Labrador retriever Rubia came in first. Weighing barely 15-pounds and covered in bloody scabs and sores from ticks, fleas and skin infections, all she could do at the shelter was try to crawl further and further into the corner of her cage. 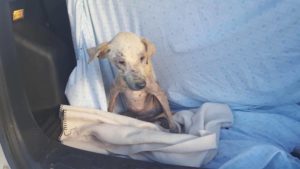 Described as “shy and quiet” how could anyone have been so neglectful of a gentle young life?

“Each one is as equally deserving of help as the others. No dog should be suffering in a kill shelter looking like this. They’ve already been failed by humans once, that’s enough,” stated co-founder of the rescue organization, Jackie O’Sullivan as she described the group’s decision to take in all three of the life or death puppies. “Each one barely a year old and this is how they began their lives…”

Next came Remy, who was on a cruelty investigation hold, however no details or names involved in this egregious neglect case have been released. 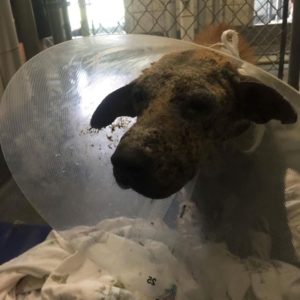 The young German shepherd, another victim of heartbreaking neglect, holds no grudges and even though his skin is raw and bloody to the touch, his desire to be held and gently reassured his life matters, is all that the puppy seems to want. He is currently being treated for mange, fleas, tick infestation and internal parasites. 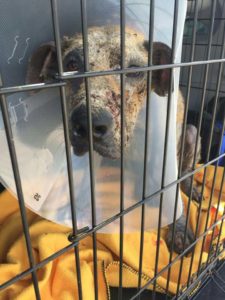 And, as if Rescue Dogs Rock NYC didn’t have enough 911 cases to handle, came one more plea for Sable’s life,  as the sweet dog’s story unfolded in a series  of graphic photos showing the aftermath of having been hit by a vehicle. When the City of San Antonio Adoptable Pets reached out to rescue organizations for help with Sable, one more very important  life was saved. Today Sable will be sedated; her injuries cleaned, as well as being evaluated for a possible broken hip At this time, it is not known if her eye can be saved, but she is being treated in an excellent veterinary facility where she is receiving the best, compassionate care. 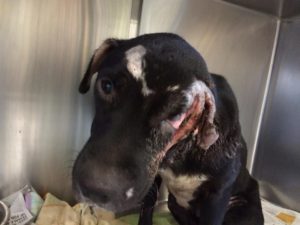 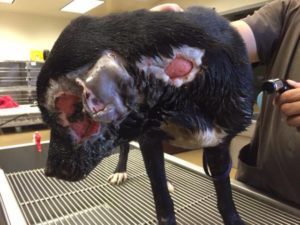 University of Missouri who purposely blinded 6 puppies and then killed them... Dog intentionally scalded in hot water – fatally injured
Scroll to top