You are here: Home1 / News2 / Dogs3 / dog abuse4 / University of Missouri who purposely blinded 6 puppies and then killed...
Spread the love
Tweet

In Columbia, Missouri, researchers at the University of Missouri – Columbia blinded six young beagles under the age of one after damaging their corneas and then killed the dogs because the experiment failed, reports the Daily News. 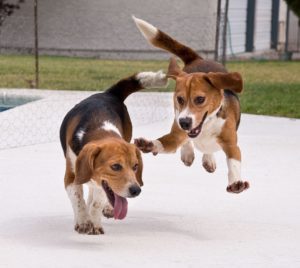 In an April 7 study, researchers blinded the six puppies in their left eye, split them into two groups and then tested a treatment for corneal ulcers. The experiment failed – and all of the pups were killed; their eyes removed and stored for future study.

“The university researchers killed these six beagles after purposely damaging their corneas by pouring an experimental acid into them and then killing them when they’re done because  the experiment failed,” stated Kevin Chase, vice president of the Beagle Freedom Project, a nonprofit who finds homes for dogs who survive experimental laboratory research. 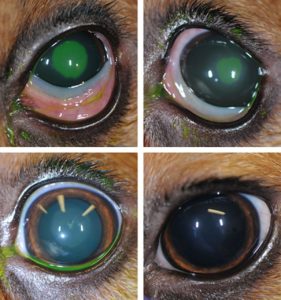 Chase went on to explain that regardless of the results of the experiment, the research would have been deemed invalid; therefore the suffering and the death of the dogs had been unnecessary.

“Their own research protocol identified that six dogs was insufficient for this type of research, that they needed a bigger population pool. Even if the research was effective by pouring this acid into their purposely damaged cornea, it would have been written off, because the population size was too small.”

Defending their position, the university claimed the dogs were treated humanely and “every effort was made to ensure dogs were as comfortable as possible during the tests to study the effectiveness of the new drug treatment.” The university went on to explain that dogs share similar eye characteristics with humans and therefore are ideal  for corneal studies.

A previous lawsuit filed against the university on behalf of the Beagle Freedom Project seeks records relating to the school’s care of the dogs. The school sought to charge the non-profit $7. a page – adding up to $82,222. That lawsuit continues.

On August 16, New York’s Governor Cuomo signed into law the Beagle Freedom Bill, requiring state-funded research institutions to put healthy dogs and cats up for adoption instead of euthanizing them. Nevada, California, Minnesota, and Connecticut have already signed similar bills.

According to the Beagle Freedom Project, they would have gladly taken the puppies and found them new homes and are horrified at the university’s failure to reach out to the rescue group.