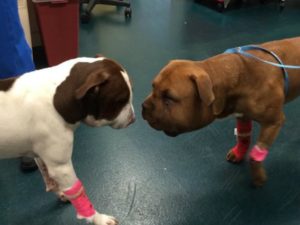 In Bradenton, Florida, two bull terriers  are canine heroes as they fought off a rattlesnake to protect their family, even though they suffered nearly fatal bites.

According to BayNews, dog owner, Heather Anthony had no idea July is prime time rattlesnake season, and when her four dogs ran out into the front year two weeks ago, the commotion she heard outside turned out to be a serious encounter for two of the dogs. 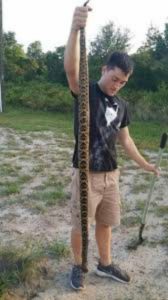 On June 18, the family had just returned from Tampa when three of the dogs started to bark. As Heather and her 17-year-old son Joseph went outside, they saw one of the dogs, Red pushing the other dogs away. That’s when they saw the attacking snake.

“I had one objective. Kill the snake. Just get a shovel, cut his head off, kill that thing before it bites anyone else. As soon as that happened, I killed the snake; we put the dogs in the car and we were off,” explained Joseph.

Although the dogs had fought bravely, two of the dogs, Quail and Red  who had taken the lead to fight off the snake, had been bitten. The dogs were rushed to the Critical Vet Care in Sarasota where there was a hyperbaric chamber as well as the antivenin the dogs needed to survive. 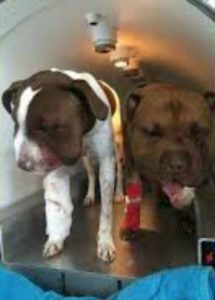 It took eight days of round the clock critical care and a lot of money to save the lives of the two dogs. Although they both have a few scars from their battle, Anthony says the dogs are like her children and integral parts of her family. 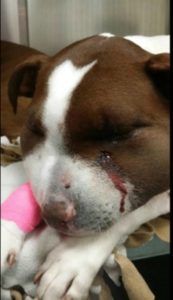 As advice to other dog owners, Heather encourages other dog owners to make sure to have their dogs leashed at all times; explaining it would have been easier to control them.