In Hemptead, New York, a woman left her two dogs on a hot balcony Monday morning; one of the dogs died from complications due to excessive heat, reports AbcNewYork. 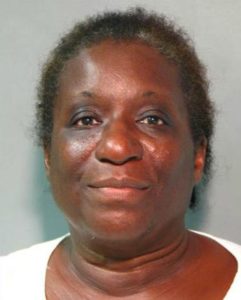 On Friday, Louise Hanif, 56, was arraigned on misdemeanor animal cruelty charges. Authorities were notified after a neighbor residing at the Hempstead Village reported two small dogs in distress on a balcony with no shade from the hot sun available. Nassau County police officers were able to gain access to the woman’s apartment next door and found a Shih Tzu and Pomeranian had been left in the full sun. Sadly it was too late for one of the dogs.

The surviving dog was taken to the shelter where he is currently under care. Report all suspicions of animal cruelty. If it’s too hot for you to be left outdoors in the summer, then assume it is too hot for your pets.