You are here: Home1 / News2 / Dogs3 / dog abuse4 / Horrifying discovery of 2 puppies with severe wounds to their backs
Spread the love
Tweet

In the southeastern area of North Carolina, two puppies, estimated to be less than ten weeks old, were found by Animal Control and brought into the county shelter on Thursday. 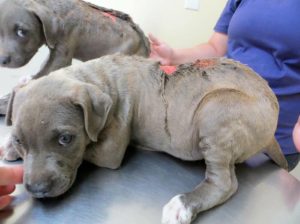 When A Shelter Friend,  was called to help, volunteers were told the puppies suffered from extensive skin missing on their backs; no one knows for sure how such egregious injuries could have happened, however if not rescued, the county shelter would have been forced to humanely euthanize the pups. 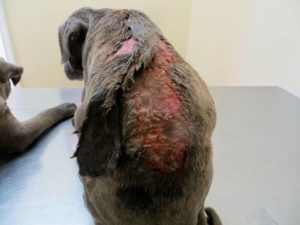 Instead, a Shelter Friend immediately went into action and rushed the puppies to their veterinarian. 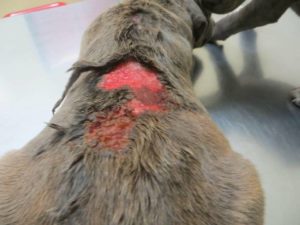 As a Shelter Friend acts as a liaison between the county shelter and rescue groups nationwide by coordinating rescue efforts and assisting with the logistics, including veterinary care and transportation, they called upon the help of Rescue Dogs Rock NYC  later that afternoon.

According to Jackie O’Sullivan,   co-founder of Rescue Dogs Rock NYC, she stated there had been a report that someone had poured burning oil on the puppies, dubbed Jack and Jill, to “help” them.

“They were shaking from the pain and licking each other’s backs in an attempt to comfort each other,” Jackie sadly explained. “No living being should be treated so cruelly and with such disregard for life!”

The puppies are expected to be flown to New York City on Friday by volunteers from Pilots N’Paws. They will immediately be transported to a specialty veterinarian and receive the best of care. Thank you in advance for helping.

Deformity: Dog’s legs go up, instead of down Family goes to the beach, leaves dog in hot car
Scroll to top