You are here: Home1 / News2 / Dogs3 / Camera turned on volunteer shelter photographer who reveals her pain 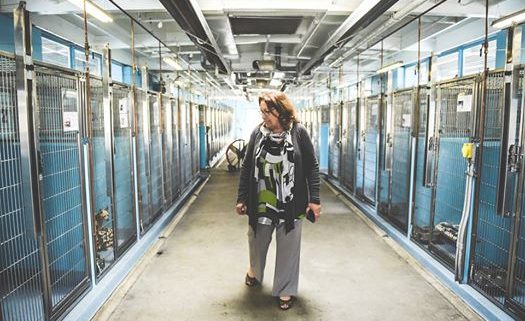 The camera was recently turned on a volunteer shelter photographer who dedicates much of her time taking pictures of homeless dogs at the Baldwin Park Animal Services facility in California. The woman, Pat Gregoire, walks the aisles of homeless dogs, snapping photos and networking the images on Facebook with the hope that it might increase their chance of adoption (or rescue).

John Hwang, another volunteer photographer, recently captured Gregoire during a walk through the shelter. She told him:

“I walk into the shelter and see all those faces. Many of them don’t have names. They are so excited for a little attention. I go from kennel to kennel trying to give them all the love that they deserve.” 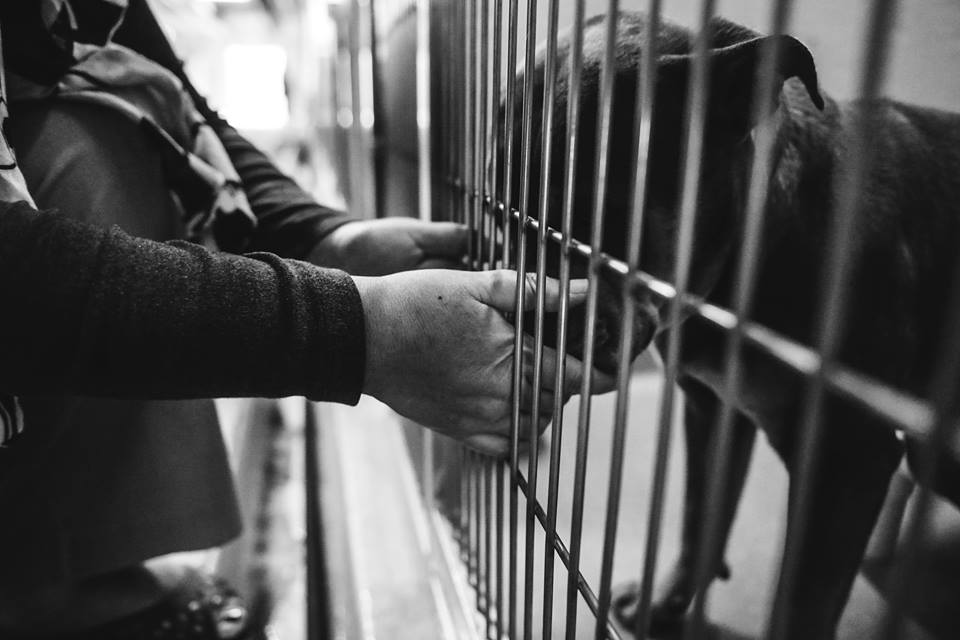 Gregoire described her frustration over the constant influx of unwanted pets:

It can be really depressing because I’ll see certain dogs and I’ll know they won’t make it out. I try to photograph each dog to find them a good home. I focus mostly on the bigger dogs, especially pit bulls. There are so many of them. It’s hard to see people day after day turning in their pets.

The dogs that don’t make it take an emotional toll – Gregoire described her heartache:

I’ll be at work and I’ll call the shelter to get updates and find out a particular dog was euthanized. I’ll get in the car and cry half way home. My husband worries about me, because I cry so much. Sometimes I’ll question what I’m doing.

It is the dogs who find a safe haven which make her continue her volunteer efforts, she stated:

It will come when I’m feeling really down that someone will send me a picture of a dog that was adopted I had been networking. That makes it all worth it.”