You are here: Home1 / News2 / Dogs3 / Body of toddler, cuddled with teddy bear and dog, found after fire 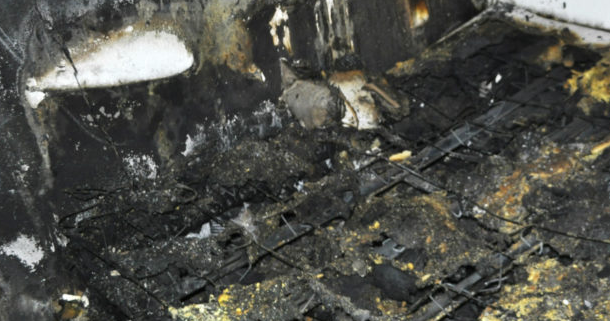 A heartbreaking discovery was made inside of a home in Spokane, Washington, after a Friday night fire. According to the New York Post, a toddler, cuddled next to his teddy bear and dog, was found after the flames were extinguished at the home on Longfellow Avenue.

A spokesperson for the Spokane Fire Department has stated that it is likely that the dog, a mixed breed terrier, stayed beside the three-year-old child – trying to protect him from the devastating blaze.

Though the fire claimed the life of the dog and the little boy, there were two adults and three other children who managed to escape the blaze. The fire department discovered that there was no working fire detector in the home – the cause of the blaze remains under investigation.

Please ensure that fire detectors have working batteries and consider putting a “pets in home” sticker on your doors and/or windows to alert first responders that you have a cat or dog (or other pet) inside of a home in the event of an emergency.