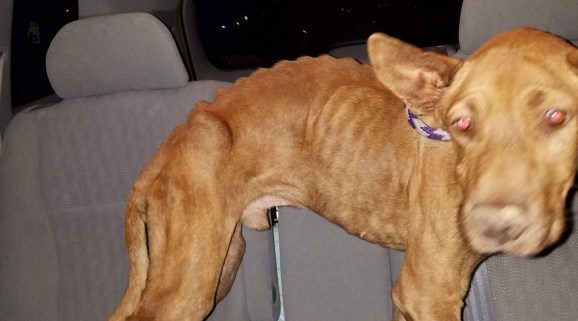 An ailing, emaciated dog, picked up as a stray in Phoenix, Arizona, is getting a second chance at life. The dog, dubbed “Clifford,” was recently found wandering near 87th and Baseline and a good Samaritan took note of his pitiful condition and stopped to help.

Clifford is currently in the care of Medical Animals In Need (M.A.I.N.), and he is undergoing tests to determine exactly what is causing his suffering. Clifford is malnourished, and his body is painful to the touch…given his various symptoms, including dry nose, Valley Fever (a fungal infection) is suspected. According to M.A.I.N., Clifford has also tested positive for tick fever and anaplasmosis. 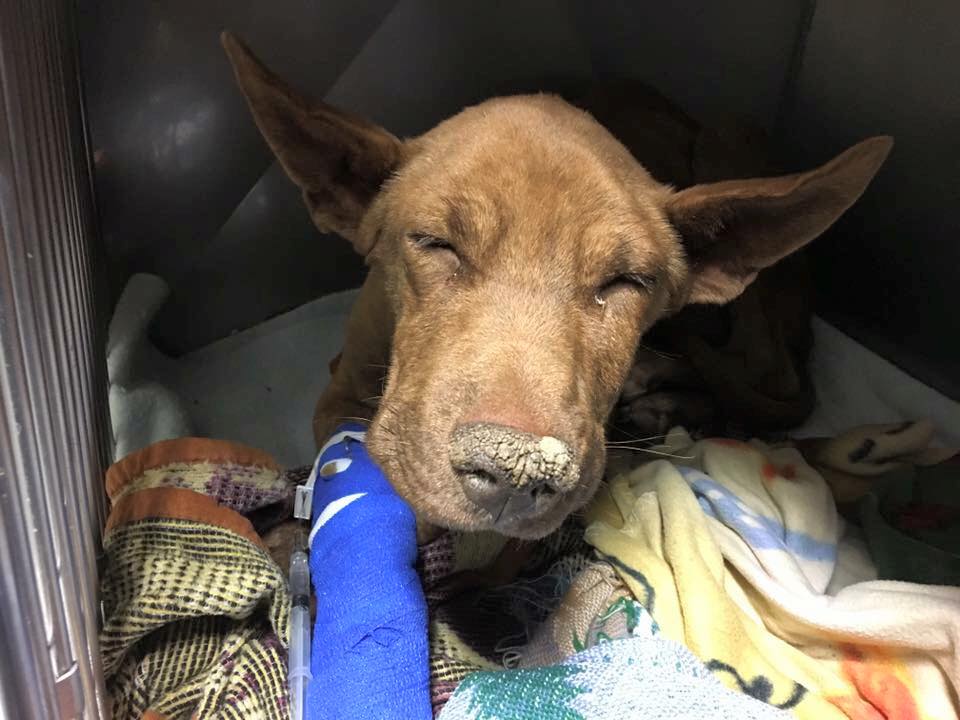 The nice people at the hospital have given me medication – good stuff! They’ve also given me fluids and some yummy food that’s helping me get my strength back. They told me that the blood tests confirmed that I have two icky diseases caused by ticks that I will have to be on medication for for at least 30 days. (I hope it’s more of that good stuff.

They are still waiting on the results of something called Valley Fever. Whatever that is, I hope I don’t have that too!

Clifford is the face of a dog who has survived on his own for too long – a dog who has suffered for too long. Thankfully, after being found by someone who cared enough to take action, he is getting a second chance at life. Find M.A.I.N. on Facebook here. Find the rescue agency’s website here.

Warning: Cops can shoot your dog if they enter your home
Scroll to top