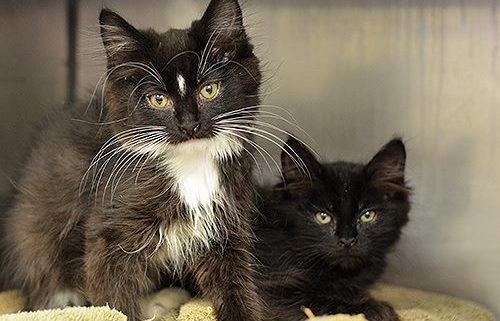 A California animal shelter was overwhelmed with felines after someone dumped 34 cats and kittens outside of the Novato facility in the middle of the night. According to a press release from the Marin Humane Society (MHS), it was the fifth time over the course of the past four years that a large number and cats and kittens were abandoned in cardboard boxes outside of the shelter.

The shelter believes that the 34 felines were dumped by the same group of people who have previously abandoned cats at the shelter. MHS stated, “MHS staff quickly realized this group of cats and kittens was related to the previous ones as most are black and white “tuxedo” cats. In total, more than 130 of these cats have been abandoned at the shelter over the last four years. None appear to have been spayed or neutered. Footage taken from security cameras shows a vehicle pulling up to the shelter and three individuals offloading the boxes of cats however identifying information is not clear.” 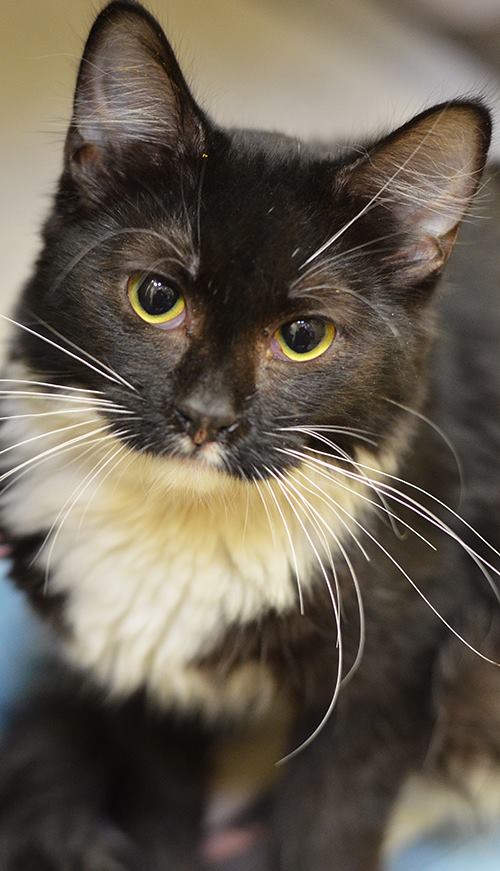 Footage taken from security cameras shows a vehicle pulling up to the shelter and three individuals offloading the boxes of cats however identifying information is not clear. Whoever has been dropping the cats left a note asking the shelter to help find the cats and kittens a home.

“No one will be held liable or be in trouble for abandoning the cats but we’re hopeful the responsible party will get in
touch with us to provide needed information. While we’re grateful the kitties are safe with us, we want to find out who’s responsible for the overbreeding so we can offer assistance – for any cats remaining and for the people involved. If left unaltered, cats can be prolific breeders.”

The influx of cats and kittens has caused the shelter to be overcrowded – in an effort to help encourage adoptions,
MHS is waiving the adoption fee for all adult cats until the end of September.

While finding adopters for these cats is key, financial support is also essential. Readying them for adoption can cost the independent, nonprofit organization at least $500 each. Because of this, for the first time, those who donate more than $500 to the shelter can have the opportunity to name one of these special kitties. To learn more, call 415.506.6259 or visit MarinHumaneSociety.org/34tuxcats.