You are here: Home1 / News2 / animal cruelty3 / Woman who ‘rescued’ dog is facing charges for cruelty after... 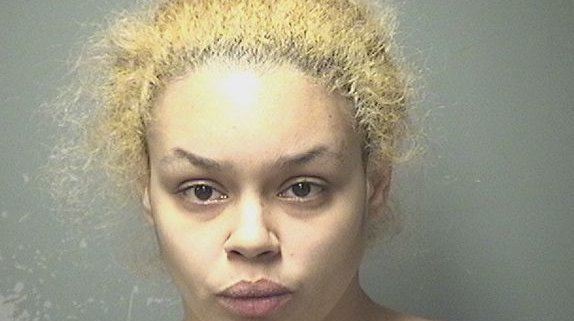 A New Hampshire woman who posed as a good Samaritan who “rescued” a dog, was later brought up on animal cruelty charges after the truth came out. The woman is identified as 28-year-old Megan Ramos-Heredia of Manchester.

In April, Ramos-Heredia took an emaciated pit bull dubbed Daisy to a veterinary hospital – she claimed that she had found the skeletal dog at a park. The young pit bull was suffering from a multitude of ailments and was transferred to the Veterinary Emergency Center in Manchester for treatment.

According to the Manchester Police, tips and a review of surveillance video eventually uncovered the truth – the woman who brought the dog in was actually Daisy’s owner. As reported by the Union-Leader, Ramos-Heredia turned herself in to the authorities and she is facing a charge for cruelty to animals. She could face up to a year behind bars.

Daisy has been recovering from neglect at a foster home with a veterinary technician who has expressed an interest in giving the dog a forever home.

Senior dog, shaking on floor of kennel, waits to be saved
Scroll to top