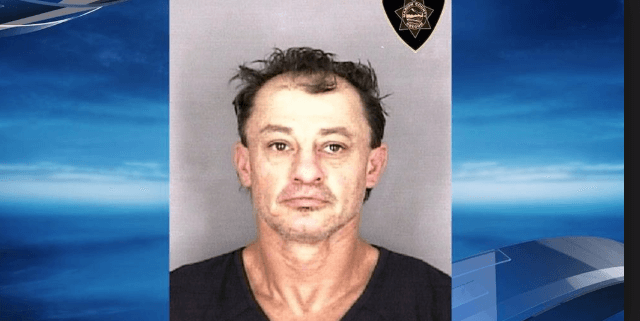 An Oregon man who choked his girlfriend’s dog to death will have time to reflect on his cruel actions from behind bars. As reported by the Statesman Journal, 51-year-old Richard Lipps was sentenced to four years in prison after being found guilty of first-degree aggravated animal abuse, domestic violence menacing, resisting arrest, second-degree attempted escape and two counts of attempting to assault a police officer.

“What you did is heinous, and it’s shocking to me that anyone would think otherwise.”

Lipps was reported to have been high on meth on the day that he used a shoelace and metal coat hanger to kill a young pit bull named Andrea. Lipps was angry that the dog had an accident inside of an RV. Lipps allegedly smiled at his girlfriend while killing the dog and informed her that she “was next.”

Lipps’ girlfriend blames his deplorable behavior on the drugs and stated that she would like to continue dating him, “if God allows it.”