Animal lovers, make that most anyone with a compassionate heart, are disgusted over video showing an off-duty cop stoning a wombat to death on South Australia’s Eyre Peninsula. The video quickly sparked outrage after being posted on the Wombat Awareness Organisation Facebook page.

Heartbroken 💔 This is graphic

Healthy wombat stoned to death by off duty police officer.

I am tired of reporting such cruelty for it to be ignored. If this gets your support, something may be done.
Please share, this is not entertainment. This has to stop!
We are withholding identity for the moment and this has been reported, we just need your support so this is not ignored.

The man behind the cruelty has been identified as Waylon Johncock, reports the Daily Mail.His behavior in the video is truly sickening – he laughingly chases after the innocent animal, who is desperately trying to escape, and throws stones at the frightened animal’s head.

The behavior of the man in a car is just as disturbing. In the video, he can be heard saying: 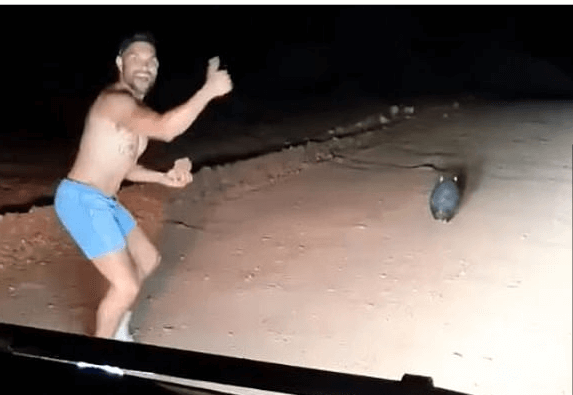 The disturbing incident is under investigation by the South Australia Police.