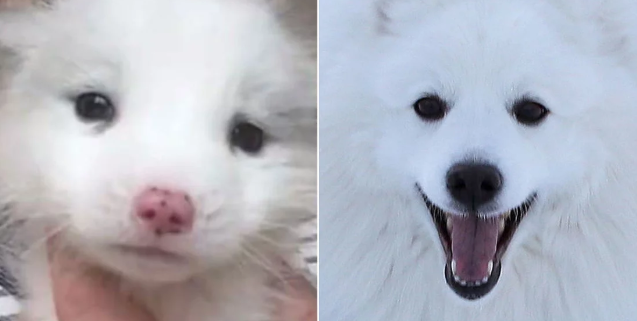 A woman reluctantly decided to rehome her pet, to a zoo, after learning that the puppy she bought from a pet store was not even an actual dog. The shocking situation happened to a woman identified as Ms. Wang – she purchased her “Japanese Spitz” puppy from a pet store approximately one year ago and recently learned that her fluffy, white pet was actually a fox.

According to Yahoo U.K., the pup stopped eating dog food months ago and also, never barked – a local zoo recently advised the woman that her pet was actually a fox. The animal was surrendered to the zoo and Ms. Wang was advised that she could come to visit…if she gets lonely.

No word on how the fox, who lived as a domesticated pet for nearly a year, will acclimate with the other foxes who live at the zoo – it would seem that life in a home, with a human, would have a negative impact on the animal’s ability to live with other wild animals. One also has to wonder how many other “Japanese Spitz” puppies were sold to unsuspecting customers of the pet store where Ms. Wang’s pup was purchased.