You are here: Home1 / News2 / Dogs3 / dog news4 / Man forced to cut off his own dog’s head files hefty lawsuit 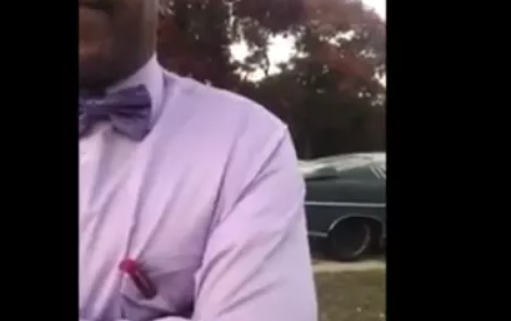 A Georgia man, who was ordered to cut the head off of his own dog by a deputy, has filed a lawsuit against Crawford County, and the sheriff and deputies who were involved in the incident, reported AJC News. Joe Goodwin and Tosha Dacon, owners of the two-year-old dog named Big Boy, filed the lawsuit on Thursday, which states, “Under extreme emotional duress and distress, and under threat of incarceration and physical harm, Plaintiff Goodwin was forced to decapitate the dog with a knife.”

Big Boy was shot on December 1 when deputies responded to a call about an alleged bite – the authorities involved claim that the dog was killed after he lunged at them. Following Big Boy’s death, Deputy James Hollis ordered that the dog’s head be cut off for rabies testing.

Goodwin, who was understandably upset about the gruesome and bizarre request, proceeded, under duress, to remove his dog’s head…in front of his equally distraught family. The incident has been “traumatizing” for the dog’s family and Goodwin has even required counseling as a result. Goodwin has stated that he felt like he had to follow the authorities’ orders, or he would have been physically harmed (possibly shot) or arrested.

Read the original article about this situation here.