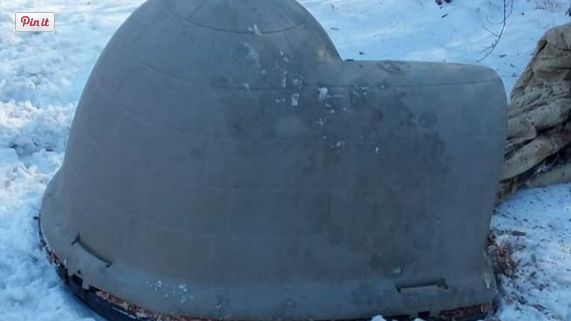 A grim discovery was made on Monday alongside a road in Wayne County, North Carolina. Animal control officers for the county received multiple calls regarding a deceased dog and located the body of a dog who froze to death inside of an igloo-style dog house that was sitting by Airport Road, reported WRAL News.

The dog, described as a brown, pregnant pit bull mix, did not have any identification – no ID tags or a microchip. At this point in time, it is impossible to know who left the dog, and dog house, on the road. According to WCCG News, animal control officers speculate that the dog was abandoned on Sunday night – the area was in the midst of a deep freeze during that time.

The situation is being investigated and animal cruelty charges will be pursued.

As a bitter cold snap gripped much of the nation, numerous dogs, left outdoors without adequate shelter, perished. Authorities have encouraged individuals to report all cases involving dogs left outside in the frigid weather.

Continue reading: Police confirm investigation underway into dogs being hurled through the air

Terrified ‘stray’ Maddie is out of time