An elderly dog is being hailed a hero for keeping a lost child safe from harm. According to multiple sources, 17-year-old Max, a blue heeler, stayed by the side of three-year-old Aurora, who got lost on rural property in Queensland on Friday afternoon.

As reported by the Express U.K., little Aurora could not be found on Friday, despite a widespread search. She was missing throughout the rainy night, but on Saturday morning the break searchers were desperately hoping for came when the child’s voice could be heard at the top of a mountain.

As searchers walked towards the girl’s voice, they met up with old Max, the deaf and partially blind dog who had stayed by the young child through the night. Max led searchers directly back to the lost little girl, who “smelled of dog” and had obviously been comforted by Max throughout her time away.

The Queensland Police Service has hailed the elderly dog a hero, writing:

SUCH A GOOD BOY, MAX! He stayed with his three-year-old human last night whilst she was lost near Warwick. For keeping her safe until she was found, you’re now an honorary police dog! 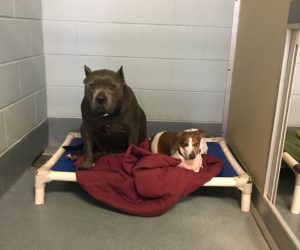 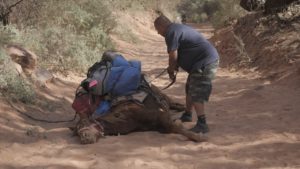