On New Years Day, a heartbreaking discovery was made outside of a house in Hartford, Connecticut. Police, following up on a tip from a concerned citizen, discovered the frozen body of a dog who was left outside to suffer in the bitter cold. According to Fox 61 News, the dog was curled up in a fetal position in a dog house which offered little, if any, protection from the frigid conditions.

The dog belonged to a man who was sent to jail months ago on drug charges – someone was supposed to be watching the young dog, but apparently that never happened. Family members told the authorities that the dog was moved outside after a pipe in the house burst.

Deputy Chief Brian Foley commented on the condition of the dog’s body, which was covered in frozen fecal matter, by the time that he was found, “The dog showed signs of hypothermia, as morbid as it is, the dog was frozen solid when the officers got it.”

A veterinary exam of the deceased dog’s body revealed that he had been neglected before his death – the body was underweight and showed signs of muscle wasting. Suffice to say, he suffered greatly before succumbing to the bitter cold. According to the Associated Press, animal cruelty charges are expected. 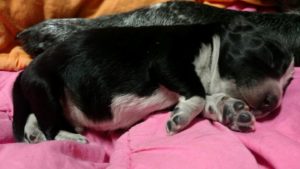 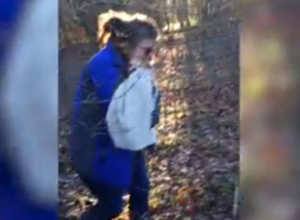 Pomeranian freezes to death after left in crate outside dog rescue

Newly adopted puppy bolts into bitter cold – community steps up to he...
Scroll to top