Twenty German shepherds have been freed from a life of horror in Armstrong County, Pennsylvania. According to WTAE News, some of the dogs were so badly neglected that they had to be humanely euthanized. 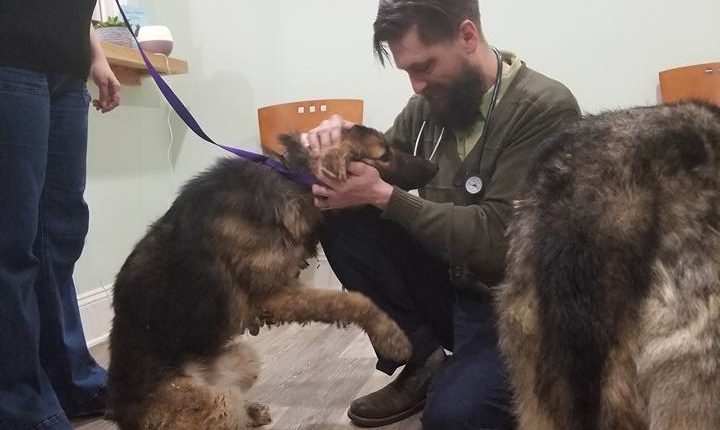 “Last night was yet another reminder that so many victims of cruelty are out there suffering at the hands of those who’s responsibility it is to, at the very least, provide for their basic needs. We spent last night at Green Hill Veterinary Care with five German Shepherds who have spent the last two years in cages. By “spent” I mean they lived in them twenty four hours a day, twelve months a year, for two long years.”

According to the group, some of the cages had been closed for so long that they had to be pried open – the space that the dogs were confined to was so small that the dogs could not comfortably stand or turn around. The group described the horrible condition of the dogs who were living in misery:

“There is feces matted in the fur. They were all bone under that fur. Their poop was so full of cedar chips, they couldn’t even use it for a stool sample. One of them repetitively spins in circles.This compulsive behavior may be seen in dogs who are forced to live in small spaces, frequently tied up or confined, have been physically abused or punished randomly and unpredictably and/or who lacks opportunity to engage in normal canine behavior, such as socializing with people and other dogs. It’s hard to think about this shell of a dog spinning in circles..for years.”

Right now, it is unclear if the owner of the dogs will be facing charges. Other rescue groups and shelters helped take in the remaining dogs seized from the residence. 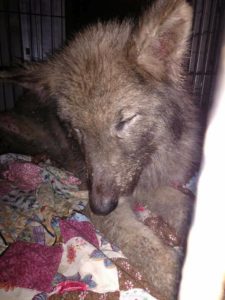 If you would like to help, donations can be sent via check or paypal.

(Images via All but Furgotten FB page)

Story idea? Please email Eims1@live.com for consideration
Yesterday at the Pet Rescue Report: Puppy, wrapped in plastic, found abandoned on Detroit sidewalk
In other news: Woman distraught to learn that UPS driver ran over her dog